9 Common Brads Nails Mistakes And How to Deal with Them

Whether you’re a carpenter or just a weekend warrior, you likely have at least one brad nailer in your arsenal. When it comes to fastening things, this handy power tool can save lots of time. Unfortunately, it’s just as dangerous as all other power tools.

Every year, there are thousands of injuries due to the improper use of such machines. In most cases, people injure their fingers and hands. After all, they’re the most common parts of the body that directly contact these tools. That’s why it’s crucial to keep the safety level as high as possible when using a brad nailer.

As you can imagine, accidents during work are unpredictable, but some basic safety training can take you a long way. For this reason, it’s a clever idea to learn about nine of the common brad nail mistakes.There’s a good reason to avoid them. Besides, we’ll also give you some tips on how to deal with them without harming yourself. 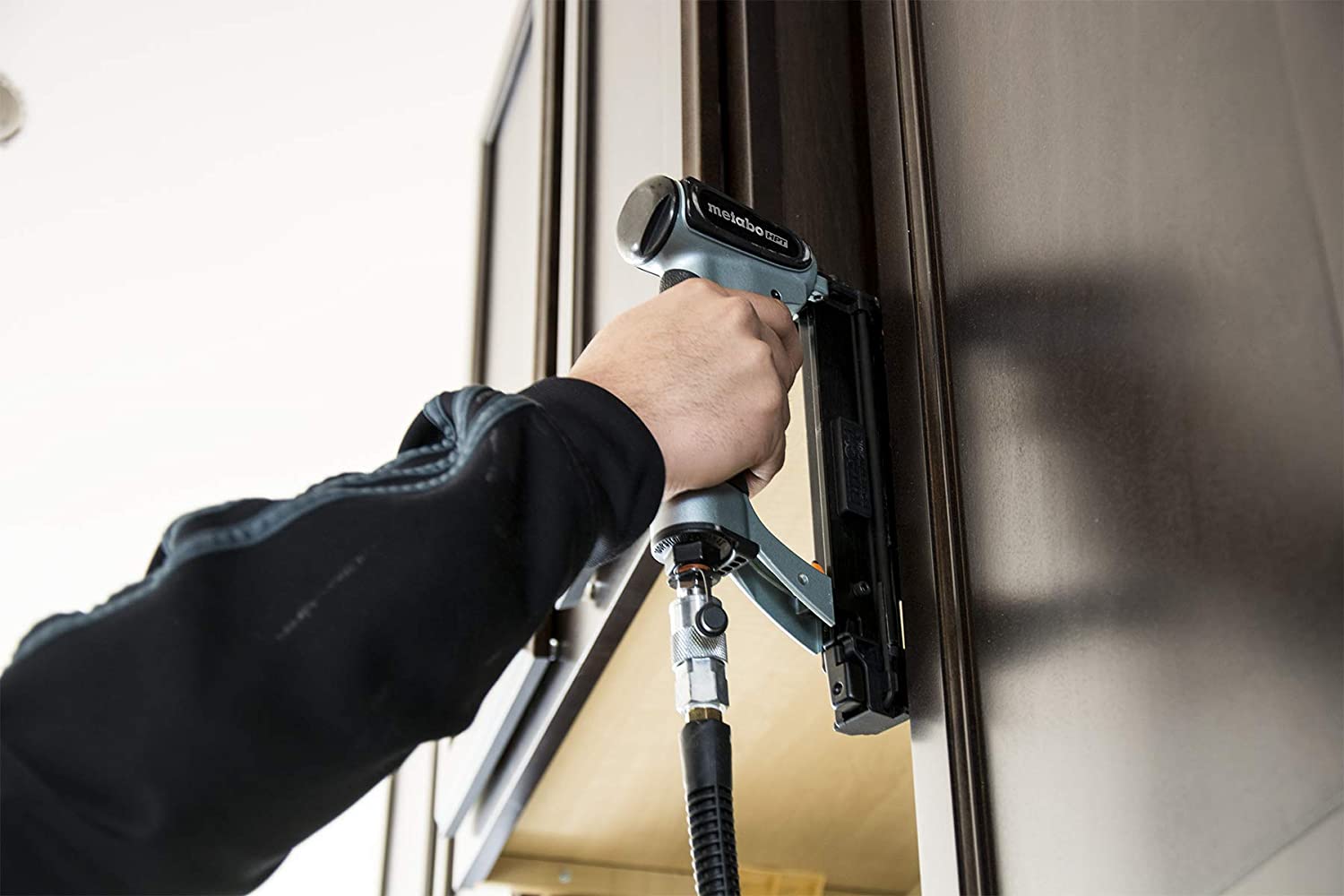 What is a brad nail?

Brad nails are some of the skinniest nails that you’ll find. Typically, they range from ½  inch to 2 inches. They’re so slim that some even call them “wire nails”. Even though they aren’t suitable for heavy fastening or structural tasks, they offer decent holding power. In most cases, people use brad nails for trims, but they’re generally universal. Their small heads leave tiny holes that you can easily cover with caulk or wood filler.

Often, DIY enthusiasts do not notice that the stock they’re using is too thin for the brad nails they have at hand. Whether you’re using ply panels or slim trims, be careful not to have the pressure up too high. If there is too much pressure the brad nails can shoot straight through the material, losing their entire fastening ability.

One way to deal with the issue is to dial down the drive depth on your electric nailer. If you’re using a pneumatic gun, simply reduce the pressure-flow coming from your air compressor. In such cases, 70 to 90 PSI is more than enough. Still, doing a test on a scrap piece is always a good idea. Ultimately, the brad nail head should be just below the surface but not any deeper.

Too much pressure can always cause lots of trouble when nailing. But if you’re not careful, you can bruise the wood you’re working with. The usual reasons include jamming the nail too hard or trying to bang the gun while holding the trigger down.

Therefore pull the trigger gently and let the driver do its job. The soft tip on the gun will also help you get the best results. While it may come with the gun, you can also buy some replacements at your local hardware store. Add painter’s tape to minimize the scarring.

When you’re nailing, you’d typically want your brad nails to be twice as long as your stock. Of course, this rule won’t apply if you’re pinning a trim to a wall. In such cases, the hidden extra depth may even help your fastening power. Just be careful when you’re dealing with corners because the very same additional centrer can cause you trouble.

You can avoid the mistake by doing a simple check of your nail length. Typically, you’d want to go for a size that’s double the thickness of your material. 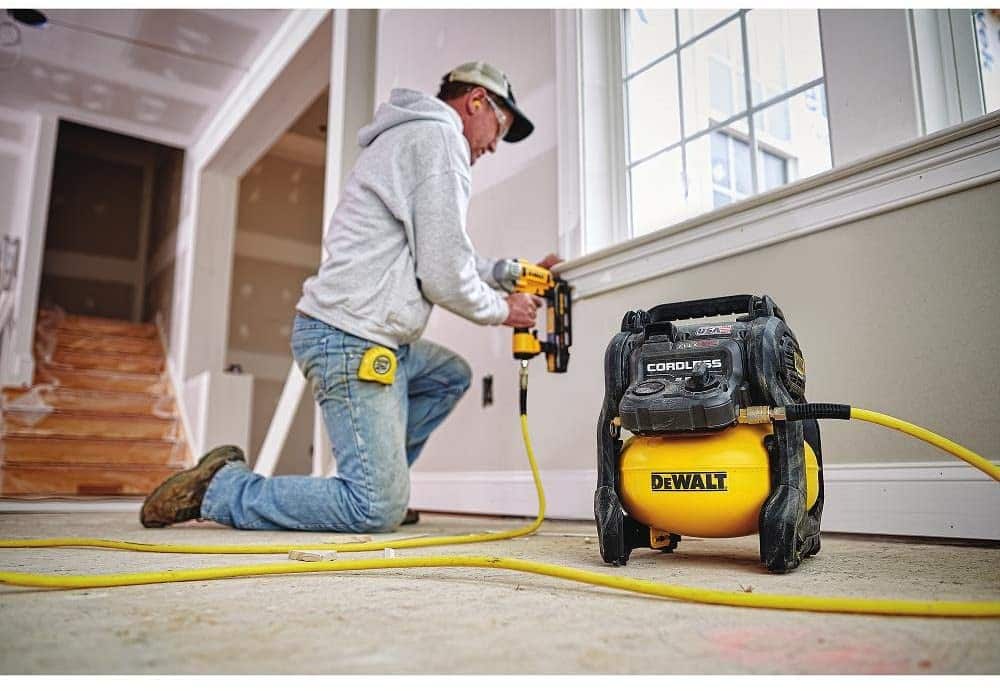 Undoubtedly, your fastener’s length is essential as brads tend to punch out the side of a piece. Since brad nails are flexible, using too much power may cause them to turn slightly inside the stock. As a result, they may punch out the sidewall of your working material. Many enthusiasts don’t realize that the wood grain has many deviations. That’s why it’s common for brads to bend inside the material and change direction.

The only way to deal with this issue is to avoid using too much nail when working on sensitive areas. Moreover, you should drive as vertically as possible to get an even angle. Alternatively, you can aim your gun slightly towards the side that doesn’t matter. Even if the brad punches through, it’ll remain concealed.

The best solution is to grip the stock several inches away for optimal support.Another idea is to use a clamp for a more firm grip. After all, nobody wants to deal with puncture wounds caused by grabbing the material near the gun and shooting it.

Also, beware of automatic brad nailers as they tend to “double fire”. In other words, you can accidentally pull the trigger and make it drive another nail. The same thing can happen when moving your tool from one place to another with your finger on the trigger. Such moves may cause painful injuries, so you’d best keep your fingers away from your nailer’s drive path.

6. Failure to Check the Magazine

Similar to the previous problem, many beginners forget to check their gun’s magazine. As you move onto a new project, you may want to use nails of different length. The problem comes when a single pin from your previous task remains in the gun. For example, if you’ve changed 2-inch nails with 1-inch nails, you may have one 2-inch nail left in the magazine.

What’s worse, keeping your hand underneath without knowing you’re working with longer brad nails can really hurt. Therefore, it’s best to be careful at all times. Also, always check your magazine before starting your new project to ensure there aren’t old brads in the chamber. 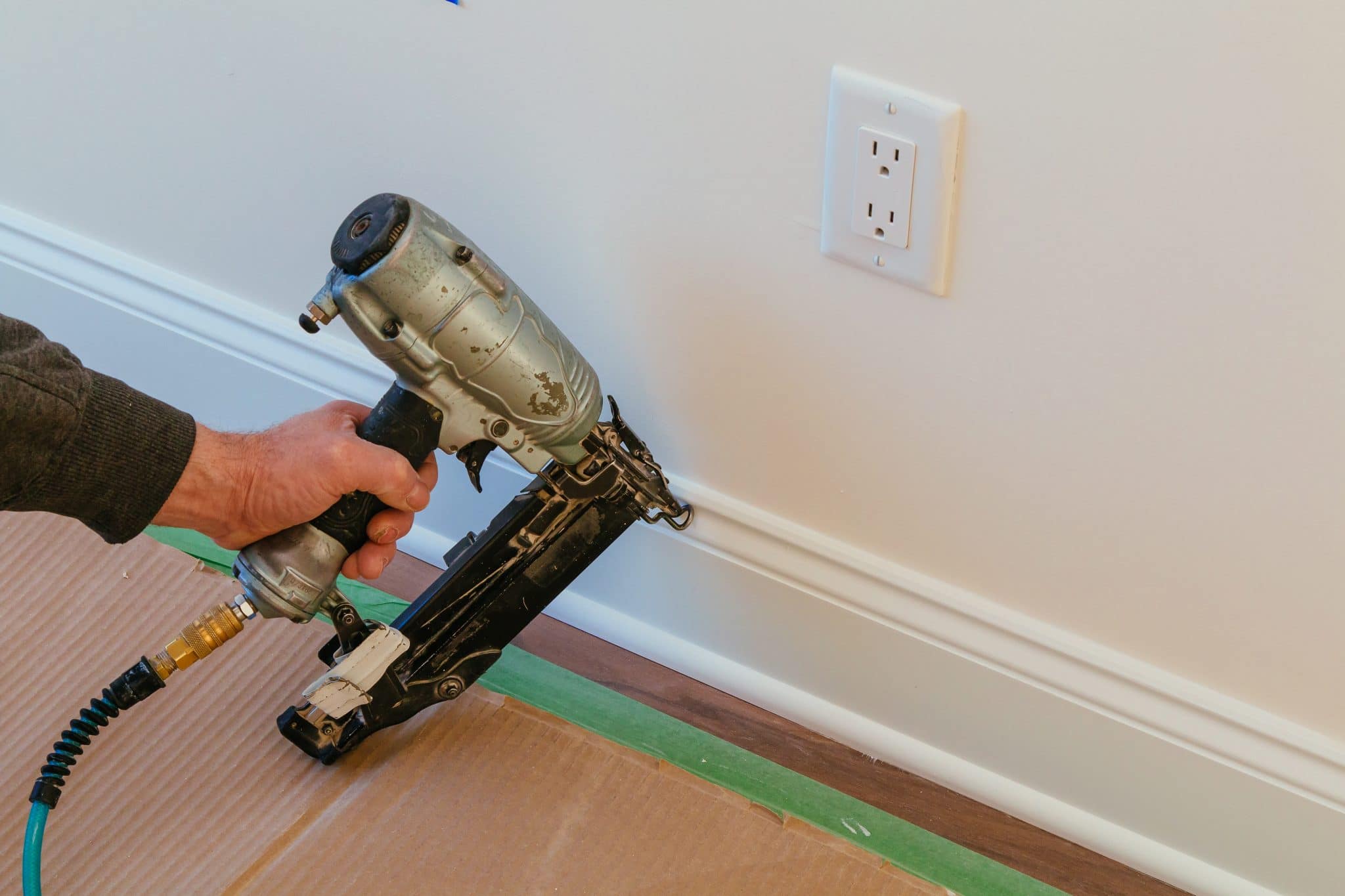 Remember that brad nails are flexible and can easily bend? Well, now you know why it’s not a good idea to shoot them at an angle. Of course, seasoned pros can work at a slight tilt of 20 degrees. But anything lower than that poses the risk of causing unwanted accidents.

As you shoot the gun, the brad nail can just skim off the work surface and start bouncing around the room. Nailers have so much power that they can drive nails at a distance of 150 feet in less than a second. This power can easily break a bone or shoot a pin through your hand. While it’s not a good idea to to nail too much, such risks mean you should always wear eye protection.

Surprisingly, many people overestimate the capabilities of brad nails. While they may effectively shoot through the thinnest aluminium, they’re not suitable for thicker metals. Shooting brad nails onto any other metal will turn them into a wreck. Besides, such surfaces can also make the brad nails ricochet,just like when you’re steep toenailing.

In this regard, you should always consider the thickness of the metal sheet you’re working with.Consequently, you should proceed with caution and simply avoid shooting metal.

Last but not least, don’t forget to use adhesive. It’s an essential part of any brad nailing project, as it complements the fastening power of brads. In fact, they serve as a temporary tool for gripping things tightly while the glue does its job.

Of course, you won’t need adhesive if you’re nailing interior trim. In such cases, you’d want to drive the brads into the studs or dead wood for a firm grip.

Thanks to modern safety equipment, injuries are a thing of the past. Still, it’s all up to you to stay safe and avoid hurting yourself. Brad nailers are some of the dangerous power tools to use, and you should always proceed with caution.

If you have the right equipment and play your part right, you’ll have no worries. Besides, most manufacturers have made vital improvements in their brad nail technology and the number of accidents has dropped significantly. Nevertheless, you should always take care of yourself and others, especially when using a brad nailer.

How to weld aluminum with a stick welder